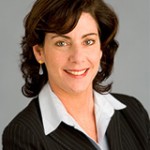 Beth Wilkinson, the former Fannie Mae general counsel, will be joining law firm Paul, Weiss, Rifkind, Wharton & Garrison at the beginning of February. The Am Law Daily reports that Wilkinson will join the firm’s litigation department as a partner in its D.C. office. Wilkinson left Fannie Mae following the government takeover of the mortgage […]

Video: “The Rise and Fall of Bill Lerach”

The Professional Liability Underwriting Society (PLUS) has a video entitled “The Rise and Fall of Bill Lerach” that it aired at the PLUS International Conference in November 2008, and plans to replay at the PLUS D&O Symposium in February.  We have not seen it yet, but we assume it must be good because it has […]

Austria: Madoff-Exposed Bank Medici Reportedly on Brink of Collapse, Class Action May Be in Works

Austria’s Bank Medici has reportedly been hit hard by the alleged Madoff Ponzi scheme, to the point that it is on the brink of collapse.  Forbes reports that “former associates and banking sources say there is little hope for the five-year-old bank as investors have lost trust in the business.”  Two of Medici’s funds, Herald […]

Japan’s Financial Services Agency has reportedly accepted the recommendation of the country’s Securities and Exchange Surveillance Commission to fine a former employee of Goldman Sachs Japan Co. Y230,000 for insider trading. On December 12, SESC made the recommendation which relates to a tender offer for REX Holdings Inc. in 2006. The SESC said the employee […]

The SEC has reportedly opened an inquiry into Apple Inc.’s disclosures about CEO Steve Jobs’s health problems to examine whether investors were misled. Bloomberg reports that the nonpublic inquiry relates to Apple’s disclosures concerning Jobs, who earlier this month said he would remain CEO while seeking a “relatively simple” treatment for a nutritional ailment. Nine […]