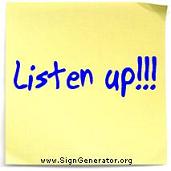 On January 22, 2008, the SEC announced the filing of a settled insider trading action against Aaron S. Cooksey, a former manager at Freescale Semiconductor, Inc.  The SEC alleges that from November 2007 to early February 2008, Freescale Semiconductor, Inc. and SigmaTel, Inc. negotiated a deal that resulted in Freescale acquiring SigmaTel, and that Cooksey was Freescale’s manager of qualified plans and worked on the pre-acquisition due diligence.

The SEC claims that while performing his job duties, Cooksey learned material nonpublic information about the SigmaTel acquisition, which he then traded on before Freescale publicly announced the deal.  According to the SEC’s Litigation Release, Cooksey agreed to settle the case by disgorging $23,552, plus prejudgment interest of $883.70, and a civil money penalty in the amount of $23,552.

It is clearly time to dust off Bruce Carton’s September 13, 2005 memorandum to public company employees.  Here it is, in its entirety:

To: Public Company Employees About to Engage in Insider Trading in Advance of “Big News” About Their Companies

Re: Your Future (or Lack Thereof)

I saw it when I was at the SEC and I’ve seen it regularly ever since:  SEC enforcement actions against employees of publicly-traded companies who get advance notice of earnings news or other big news concerning their companies and buy/sell the company’s stock prior to the announcement of that news.   Of course, that practice is called “insider trading” and it is against the law.  As I hope to persuade you below, it is also called “incredibly stupid.”  Seriously, people, we’re talking about Darwin Award-level stupidity here.

Let me break this down for you as simply as I can.  The following points are true and you need to understand this:

That’s it.  That’s as plain as I can put it.  This is an IQ test and every one of you employees (or directors) of public companies whose names show up on this list are failing.  Just stop it.