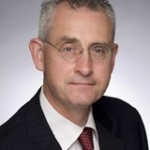 Gensler Not Committed to CFTC-SEC Merger

Although there has been considerable speculation about whether the Commodity Futures Trading Commission will be merged with the SEC, the proposed new head of the CFTC, Gary Gensler (pictured), has told lawmakers he isn’t committed to such a merger.  Bloomberg reports that Gensler made the comments in a written response to questions from Senator Carl […]

Be Very Careful How You Answer This Question!

Before U.S. District Court Judge Jed Rakoff decides whether to free Marc Dreier on bail, the judge has asked prosecutors and Dreier’s lawyers to research and answer an important and interesting question: Are the armed guards free to shoot Dreier should he attempt to flee house arrest? “Are these armed guards authorized to shoot him?” […]

There is not a lot of detail in this article, but the Kuala Lumpur News reports today that direct and indirect victims of the alleged fraud by Bernard Madoff have reached 3 million.  The article cites Spanish law firm Cremades Calvo-Sotelo for the statistic, and states that the firm’s president said the figure was calculated […]

Five prominent professors from Yale, Harvard, UCLA, Chicago and SMU have filed an amicus brief on Mark Cuban’s behalf in his insider trading case. In the amicus brief, filed Monday according to the WSJ Law Blog, the professors — Alan Bromberg, Allen Ferrell, Jonathan Macey, Todd Henderson and Stephen Bainbridge — argue that “In the […] 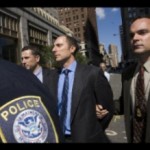