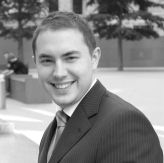 It should be borne in mind that the UK group action is very different from the US class action in that it involves multiple named claimants. The group action model under the Civil Procedure Rules 1998 is based upon the desire to achieve the efficient administration and economic disposal of cases involving a group of identified claimants where are there are common issues of fact and law. The procedural mechanisms in the UK are not that friendly and it is not so easy to obtain a so-called group litigation order allowing the case to be heard as a group action.

Various consultation papers have been published in recent years concerning the introduction of a specific representative action process for claims involving consumers. In September 2007 the Office of Fair Trading held a hearing on proposals that would allow for US-style class actions to take place in the UK and is currently consulting the public on this matter.

Currently the consumer association “Which?” is the only UK body allowed to bring group representative actions.

Litigation environment in the UK

There are signs that litigation funding is becoming a growth industry in the UK. In July 2007, a recently launched specialist broker secured approval from the Financial Services Authority (the “FSA” – financial regulator) to act as a specialized adviser and intermediary in litigation. The accountancy firm Smith & Williamson has confirmed that it is set to offer litigation funding in insolvency proceedings.

There has also been a significant growth in the UK of litigation funded by conditional fee arrangements – the so-called “no win, no fee” arrangements, whereby lawyers accept a share of the risk in exchange for larger fees in the event of a successful outcome.

Why no class actions in the UK?

There are a number of reasons why US style class actions are not present in the UK. These include an adverse costs regime, no civil jury trials, no punitive damages, no contingency fees and the absence of an “opt out” regime.

Europe’s adverse costs regime discourages baseless litigation by forcing the losing side to pay the winning side’s costs.  Europe, generally, does not support “access to justice” as a valid basis for risk-free litigation.

There is no legal mechanism in Europe to allow jury trials to award damages similar to the US.  In fact, in the UK jury trials are limited to criminal cases only and there are reviews to consider abolition of the jury trial in certain criminal cases too due to the perceived inability of juries to determine complex legal issues in cases such as fraud.

All lawyer’s fees and disbursements in the UK must be paid for by the litigants themselves and not from a share of any award obtained.

There is also a major issue with the “opt in” and “opt out” systems. Contrary to the general US “opt out” system, the UK’s current system requires claimants to opt in because a group action can only be brought by identified claimants.

It is likely that the future of UK Group Litigation will depend largely on developments in Europe.  In Europe, class actions or representative group actions are being actively encouraged and developments in the areas of anti-trust and consumer protection are driving reform.  The relatively recent Royal Dutch Shell case, which uses new Dutch legislation to effect a class action settlement (but without the litigation), and other recent proceedings brought under German law highlight a US-style trend of shareholders suing companies for failure to disclose matters that affect share prices. This form of securities litigation remains uncommon and very difficult (for technical reasons) in England & Wales and was traditionally rare in Europe.

Any reform is likely to take much time and will in all likelihood reach a kind of mid-ground with US procedure as, ultimately, there is an absence of the drivers of, and any will to adopt, a full blown US class action model.