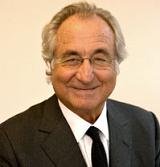 The issue of how “clawback” efforts by the trustee in the Madoff bankruptcy should work is generating considerable attention lately.  Investment News reports that a whole host of investors might be demanded by the trustee to give up whatever gains they received over the past six years, which in turn may spark civil litigation that will itself last years. “The [civil litigation] will spawn a whole industry for the next decade,” according to Bennett Lasko, partner at the Chicago law firm of Drinker Biddle & Reath LLP.

The article further notes that:

“As a general rule, if an investor or a fund took out profits from any investments made with Madoff over a two- to six-year period, they will have to give that money back,” Mr. Lasko said.

Redemptions of principal investments, however, would likely be viewed as outside the reach of the courts, he said.

“This case will test the limits of trustee powers to go after investors,” Mr. Lasko said.

“My guess is the trustee will sue everyone in sight and let the funds sort it out with the investors who may have redeemed money.”

Another clawback-related issue emerged yesterday when a group of Madoff investors who reclaimed their investments prior to the implosion on December 11 filed a motion with the bankruptcy court asking for an extension of two deadlines for filing certain claims in the bankruptcy.

According to Newsday, the motion states that “[i]n the present case, thousands of investors who received distributions from Madoff prior to Dec. 11, 2008, face the possibility of being sued by the trustee and asked to return some or all of those distributions under the Bankruptcy Code’s preference or fraudulent conveyance provisions.”  The investors reportedly seek an extension of the claims deadlines because their right to “file claims won’t accrue until the trustee, Irving Picard, wins a judgment, which could be many months in the future and past the current deadline.”

Newsday reports that March 4 is the deadline for claims that will guarantee Madoff account holders can recoup up to $500,000 under the Securities Investor Protection Act.