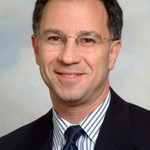 New Jersey Senators Frank Lautenberg and Robert Menendez have recommended that Pres. Obama appoint former federal prosecutor Paul J. Fishman (pictured) as the next U.S. Attorney for New Jersey.  Fishman is currently in private practice after 14 years as a prosecutor in New Jersey and Washington. Asbury Park Press reports that Fishman worked as a […]

Cancel your plans for Wednesday, February 18th (9:00 pm EST), or at least get your TiVo ready to go. That evening, CNBC’s “American Greed” series is airing an episode entitled “A Scam Exposed: Strippers and Insider Trading” about the astonishing SEC insider trading case against Eugene Plotkin (pictured), David Pajcin, and a host of others. Get the details here.

In the UK today, former shareholders in Northern Rock failed in their legal challenge to the Government over the bailout of the company.  The Times Online reports that the shareholders, which included two hedge funds and about 150,000 individual investors, applied for judicial review after accusing the Government of setting up an unfair and unlawful […]

Securities regulators in Hong Kong have scaled back a plan that would have extended the blackout on share trading by company insiders to as long as seven months after more than 200 companies objected. Instead, a new proposal issued Thursday states that company directors and others with sensitive knowledge would be blocked from trading their […]

Underscoring the newly-heightened scrutiny of hedge funds, the SEC is investigating whether several hedge funds traded improperly after learning of a highly negative analyst report that was coming out on a prominent insurer, the WSJ reports. A civil case brought by the insurer, Fairfax Financial Holdings Ltd., alleges that executives at the hedge funds discussed […]