The UK’s first insider trading trial in four years began today in Southwark Crown Court as prosecutors pressed forward with their case against Euan Carlisle.  Carlisle, a former director of restaurant group Belgo, is alleged to have used confidential information passed to him by a senior employee of Belgo to buy shares ahead of two […] 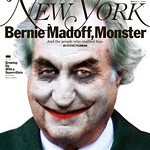 New York Magazine has an in-depth analysis of Bernard Madoff in this month’s cover story, “The Monster Mensch.”  The article by Steve Fishman examines Madoff’s rise and recent fall, and analyzes his relationship with Ezra Merkin.  It also addresses some of the quirks of Madoff’s personality, such as an obsessive dislike of curves: If investors […]

William A. Burck has joined law firm Weil, Gotshal & Manges as a partner in its Washington, D.C. office.  The firm announced today that Burck has joined the firm’s Investigations and Criminal Defense Practice. Burck is a former Deputy Counsel to the President and a former federal prosecutor in the United States Attorney’s Office for […]

Additional details have emerged on the chain of events that led to counsel for the Stanford Financial Group withdrawing from representing the company and disaffirming all prior statements made to the SEC regarding his former client. The Memphis Daily News reports that on Tuesday, February 10, five representatives of the SEC took the testimony of […]

Tomorrow’s Webcast: Liability of Professionals in the Financial Crisis

On Tuesday, February 24, 2009, at 2:00 pm EST, Securities Docket will host a webcast entitled, “Liability of Professionals in the Financial Crisis” featuring two of the top lawyers in the securities litigation field. Stuart Grant of Grant & Eisenhofer P.A. and Michael Young of Willkie Farr & Gallagher LLP will addresses critical questions now […]