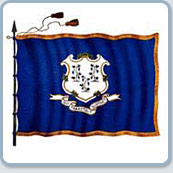 Connecticut lawmakers have introduced three bills that would impose state regulation over the hedge fund industry. The Hartford Business Journal reports that the proposed legislation would require each hedge fund to obtain a state license, provide for an independent annual financial audit and disclose fees and significant changes in management or management strategy. One bill would reportedly ban investments in hedge funds by individuals with less than $2.5 million in assets or institutions with less than $5 million in assets.

Connecticut is the home of hundreds of hedge funds. According to Hedgefund Intelligence, a London-based trade group, the state is the world’s No. 3 center for the sector with 9.5 percent of world hedge fund assets mainly located in Greenwich, Stamford and Westport.

Connecticut lawmakers are wary of driving hedge funds out of the state by imposing regulations upon them, but also face pressure from some who say they’ve failed to monitor the industry.  In 2008, hedge funds lost nearly $530 billion, or 27 percent of their $1.93 trillion in assets, and received partial blame for the financial crisis because they were major players in short selling and credit default swaps, the Hartford Business Journal article states.