Commission de Surveillance du Secteur Financier, Luxembourg’s financial regulator, accused UBS of “serious failure” yesterday as part of its investigation into investments that funds based in Luxembourg made in Bernard Madoff’s alleged $50 billion Ponzi scheme. The Times Online reports that the regulator particularly criticized UBS’ weak due diligence with respect to its custodianship of […] 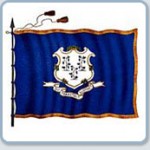 Connecticut lawmakers have introduced three bills that would impose state regulation over the hedge fund industry. The Hartford Business Journal reports that the proposed legislation would require each hedge fund to obtain a state license, provide for an independent annual financial audit and disclose fees and significant changes in management or management strategy. One bill […]

March 11 Webcast — The Subprime Boomerang: After the Writedowns Comes the Litigation

The American Lawyer’s David Bario has one of the first articles that goes beyond the SEC’s initial press release on incoming Enforcement Director Robert Khuzami to provide some additional details into Khuzami’s personality and management style. The article notes that “by all accounts, the new enforcement chief at the Securities and Exchange Commission is no […]

At least one law firm appears to be weathering the financial crisis Law firm with solid financial results. Melbourne-based Slater & Gordon, the world’s first law firm to be publicly listed, reported a 22.4% increase in net profit for the six months to December 31 to $8.46 million, up from $6.9 million for the previous […]

In a press release announcing its fourth quarter results, Bidz.com (BIDZ) added an additional paragraph near the bottom of the release.  It stated that The Company was notified recently by the SEC of a formal investigation relating to certain aspects of its inventory accounting practices, as well as other matters. The Company intends to fully […]