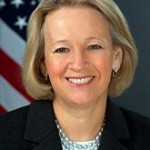 In a lengthy interview with Fortune Magazine, new SEC Chairman Mary Schapiro provides some new insights on how she arrived at the place she is today, and where she intends to drive the SEC. As a law student with a love of anthropology, Schapiro’s decided after seeing the Hunt brothers wreak havoc on the silver […]

March 11 Webcast — The Subprime Boomerang: After the Writedowns Comes the Litigation

Well-known securities litigator Tower C. Snow, Jr. has joined law firm Howard Rice Nemerovski Canady Falk & Rabkin as a Director (Partner).   The firm announced today that Snow will join its securities and financial services litigation practice. As previously discussed here, the WSJ announced back in Decmber 2008 that after a lengthy hiatus, Snow was […]

Audit Integrity, a financial research firm, announced today that out of the more than 7,500 publicly traded companies they rate in North America, the companies above were among the 60+ companies with the highest probability of being named as a defendant in shareholder litigation in 2009. 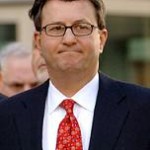 On Wednesday, U.S. District Judge Marcia Krieger ordered ex-Qwest Communications International Inc. CEO Joseph Nacchio (pictured) to report to prison by March 23 to begin serving his six-year sentence for insider trading.  Nacchio is to serve the sentence at the minimum-security prison camp at Schuylkill federal prison at Minersville, Pennsylvania, according to Reuters. Nacchio was […]

London hedge fund group GLG Partners has lost an appeal against a €1.5m ($1.9m) fine by French regulator Autorité des Marchés Financiers for insider trading in Vivendi shares. GLG is still pursuing a separate appeal on the Vivendi fine to the Conseil d’Etat, the highest administrative court, the Financial Times reports. In a US regulatory […]

Wave of “Anti-Ponzi” Legislation May be Coming

Several states and Congress are considering new legislation as part of an effort to prevent future Ponzi schemes.  The National Law Journal reports that Florida and Connecticut lawmakers have both proposed legislation in this area, and that the U.S. Congress has, as well. In Florida, proposed legislation would give a special team of “elite state […]