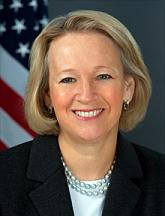 In a lengthy interview with Fortune Magazine, new SEC Chairman Mary Schapiro provides some new insights on how she arrived at the place she is today, and where she intends to drive the SEC.

As a law student with a love of anthropology, Schapiro’s decided after seeing the Hunt brothers wreak havoc on the silver market that

she didn’t have to trek to the South Pacific or the Amazon basin to study ancient human behavior patterns: She could get a job at the SEC, which she did.

“From an anthropological perspective, I was fascinated by these guys who thought they were bigger than the market and bigger than the world,” Schapiro tells Fortune …. They were causing industrial processes’ costs to go through the roof. They were causing beautiful candelabra and silver services to be melted down and sold. And so I decided to go to the agency, and to investigate the Hunt brothers as a trial attorney.”

The article includes several interesting points about Schapiro and her plans at the SEC: