Wave of “Anti-Ponzi” Legislation May be Coming 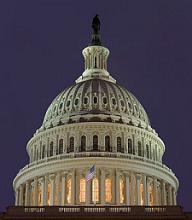 Several states and Congress are considering new legislation as part of an effort to prevent future Ponzi schemes.  The National Law Journal reports that Florida and Connecticut lawmakers have both proposed legislation in this area, and that the U.S. Congress has, as well.

In Florida, proposed legislation would give a special team of “elite state prosecutors” the power to prosecute Ponzi schemes by adding securities fraud and money laundering to their jurisdiction.  In Connecticut, lawmakers have proposed legislation that would force hedge funds to provide greater transparency by disclosing their fees and other information about investment strategies, and require them to obtain a license and conduct an annual audit, the NLJ reports.

On the federal level, Congress has also reportedly proposed a similar hedge fund bill, which would require funds worth more than $50 million to regularly disclose the value of their investments, and abide by stricter oversight and greater transparency in their operations and investments.  In addition, Congress will consider a bill to amend the tax code to provide tax relief to individuals harmed by Ponzi schemes.

One response to “Wave of “Anti-Ponzi” Legislation May be Coming”