Here is the weekly summary for Securities Docket’s Web Watch (”This Week’s Best Blog Posts and Columns”): THE 10B-5 DAILY (March 6, 2009): Where Are They Now? A visit to the U.S. Supreme Court does not necessarily mean the end of a securities class action, even if the defendants win their legal argument. QUIN HILLYER, […] The SEC announced today that Mark D. Cahn has been named a Deputy General Counsel in the SEC’s Office of the General Counsel, and he will join the agency staff next week. Cahn joins the the SEC from the Washington office of WilmerHale LLP, where he has been a partner in the firm’s Securities Department […] 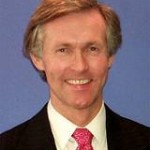 The Comeback, Day 1: An Interview with Tower Snow

On Day 1 of his comeback to the practice of law and securities litigation, Tower Snow has an office at Howard Rice, a secretary, and a plan. One word dominates his discussion of the future: “Rebuild.” For a span of many years, he says, his book of business was over $10 million per year. Asked for his most “audacious” goals for his return, Snow simply says he wants to rebuild to where he once was.