The Comeback, Day 1: An Interview with Tower Snow 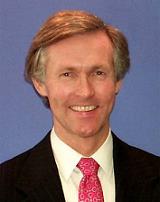 A decade ago, law firm Brobeck, Phleger & Harrison was rolling like few firms have before or since. Led by its high-profile Chairman, Tower Snow, the California-based firm was the most profitable firm in the world outside of New York in 2000, and was trying to reinvent the law firm business model. It was the first (and, thus far, the last) law firm to attempt a national television advertising campaign, spending a reported $3 million to run ads on CNN Business and CNBC. “We’re creating a new model for the American law firm,” Snow said in August 2000. “We’re running things like a business, reinventing ourselves every single day of the year. The world is moving so fast that we assume everything we’ve been doing for a period of time must be wrong.”

Two years later, in 2002, Snow had been “expelled” from Brobeck and had moved on to law firm Clifford Chance. By 2003, Brobeck’s partnership had dissolved. After approximately two years trying to build a West Coast office for the UK-based Clifford Chance, the law firm closed down that office in 2004. Snow walked out the door of Clifford Chance in 2004 and, essentially, was not heard from again for over four years until the Wall Street Journal reported in December 2008 that Snow was looking to return to the practice of law.

On Thursday, March 5, the 105-lawyer San Francisco law firm Howard Rice announced that Snow has joined the firm as a partner in its securities litigation practice. I spoke with Snow on Thursday — “Day 1” of his return to the practice of law — to learn where he had been and where he now intends to go.

Snow told me that his departure from Clifford Chance in 2004 coincided with a traumatic divorce that left him with a stark choice: continue to practice law full-time as he had been doing for years, or give up his practice as part of an effort to obtain custody of his young daughter (who is now 9 years old). Snow decided to go the latter route, and has been raising his daughter in his hometown of Napa as a single parent since leaving Clifford Chance.

Snow has been working as an independent consultant since 2006, as well, evaluating exposure for financial services companies facing securities litigation. Snow said the consulting practice has allowed him to stay “99.5%” current on what is going on in the securities class action world.  Beyond the daily commitments of parenthood, such as shopping, laundry, helping with homework, etc., and his part-time consulting practice, Snow kept himself busy over the past few years with personal interests such as reading, working out 90 minutes every day, and active participation in sports such as skiing, running and swimming.

With his daughter now 9 years old, a booming market for securities litigation work, and a strong desire to have a “better ending” to his career, Snow began to explore a return to the practice of law last year.  He says he chose Howard Rice for its location in San Francisco near his home in Napa, and also because unlike most of the other large firms handling securities litigation, Howard Rice did not “leverage up” and is not now shedding lawyers.  It remains “lean and mean” at 100 lawyers, he said.

Today, on Day 1 of his comeback to the practice of law and securities litigation, Snow has an office at Howard Rice, a secretary, and a plan.  One word dominates his discussion of the future: “Rebuild.”  For a span of many years, he says, his book of business was over $10 million per year.  Asked for his most “audacious” goals for his return, Snow simply says he wants to rebuild to where he once was.  This will not be easy: Snow starts the process this time around at ground zero in terms of business, although he says he has a running start to help him rebuild based upon three decades worth of connections and contacts in the industry.  His short-term plan is to start re-connecting with this network, and let them know he is back and available to assist them.

Snow observed that the securities litigation landscape has changed somewhat since he was last with a law firm.  Milberg Weiss is gone, as are Mel Weiss and Bill Lerach (both of whom are now in prison).  In their place, he says, new firms like Bernstein Litowitz on the East Coast and Coughlin Stoia on the West Coast have now taken the lead.  He also believes that D&O insurance companies, which are themselves under great stress lately, will begin to consolidate the number of firms to which they assign securities class action defense work to a small number of firms that can handle the work cost-effectively and successfully.

The former leader of one of the world’s largest law firms, Snow still has strong thoughts on law firm management and where he believes the practice of law is headed.  Snow believes that the television advertising Brobeck did in the late 1990s was extremely effective, and he predicts that other law firms will begin to do the same in the next five years.  Snow also has predicted for years that law firms will eventually be publicly-traded companies, a development that has since occurred in Australia at law firms such as Slater & Gordon.  Snow believes this will still happen in the U.S. within the next decade, as well, because law firms need capital like any other business.

Finally, Snow says that his return to Howard Rice and the practice of law is “not a cameo.”  His energy, passion and enthusiasm are high, he says, and he is back for the long-term.