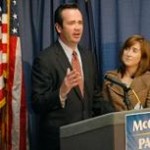 Tomorrow’s Webcast (March 11 )— The Subprime Boomerang: After the Writedowns Comes the Litigation 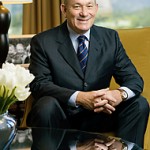 Bruce E. Karatz, the former CEO of KB Home, has been indicted and charged with 20 counts of defrauding the Los Angeles homebuilder and its shareholders by awarding himself and others with millions of dollars worth of undisclosed backdated stock options.The NLJ reports that in the indictment returned on Thursday, Karatz is charged with concealing […]

In Australia, phones are ringing off the hook at class action litigation funder IMF (Australia) Ltd. IMF board member Hugh McLernon says IMF has experienced an “exponential” rise in the number of calls from shareholders who believe they have a claim against corporations since the bear market began, WA Today reports. IMF, Australia’s largest litigation […]