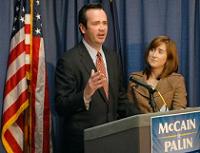 O’Callaghan previously spent nearly a decade as an assistant United States attorney for the Southern District of New York, the last three of which as co-chief of the Terrorism & National Security Unit. O’Callaghan left the U.S. Attorney’s Office in August 2008 to serve as a senior advisor for John McCain’s 2008 presidential campaign.