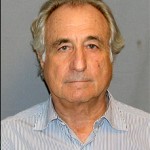 Jessie K. Liu has rejoined law firm Jenner & Block as a partner in its Washington, DC office.  The firm announced today that Liu, who was most recently a Deputy Assistant Attorney General in the DOJ’s Civil Rights Division, and who began her career at Jenner & Block, has joined the firm’s Litigation Department and […]

On March 25, 2009, Cornerstone Research is sponsoring a webcast entitled “The JDSU Verdict One Year Later: Lessons from the Largest Securities Class Action Trial in History” that will feature two of the key players in that historic trial. Jordan Eth, co-lead trial counsel for JDS Uniphase and several individual defendants, and Allan Kleidon, testifying […]

In this video, Matthew Gluck of Milberg LLP, whose firm represents over 100 Madoff victims, tells the WSJ how his firm plans to help Madoff investors get compensated. 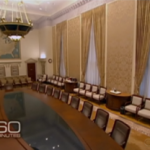 60 Minutes interviews Ben Bernanke in this two-part video, which is billed as the first-ever with a Chairman of the Federal Reserve.