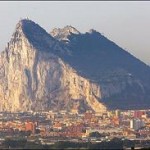 Irving Picard, the trustee appointed by the bankruptcy court to identify Bernard Madoff’s assets,  has reportedly found assets in the British territory of Gibraltar.  The Daily News reports that David Sheehan, an attorney working for Picard, has asked Bankruptcy Judge Burton Lifland to let the trustee hire some English lawyers familiar with Gibraltar law to […]

According to a report last week by the Council of Europe’s Group of States against Corruption (GRECO), French legislation restricts prosecutors in investigating international corruption cases. The report states that “France has severely restricted its jurisdiction and its ability to prosecute cases with an international dimension, which, given the country’s importance in the international economy and the scale of many of its companies, is very regrettable.” 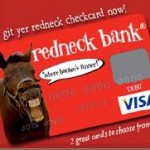 Introducing Redneck Bank, the Internet banking division of Bank of the Wichitas.  Slogan: “Where Bankin’s Funner.”  Yes, this is supposedly a real bank. (via Dealbreaker)

The UK’s FSA is seeking to obtain the power to offer “US-style plea bargains” to witnesses involved in major fraud cases.  Citing a report in the Observer, an article on the London Stock Exchange website stated yesterday that “under plans being put together by the FSA, individuals prepared to testify against the ringleaders of City […]

Two UK  pension funds — Merseyside Pension Fund and North Yorkshire Pension Fund — and the Dutch metalworkers fund have filed a motion to become lead plaintiffs in a securities class action against Royal Bank of Scotland (RBS) filed in the US.  The funds have retained law firm Coughlin Stoia to pursue the complaint, and […]

Securities class action filed in the US D. Ct. for N.D. Ind. on behalf of common stock purchasers of Steel Dynamics. http://is.gd/nGbL … 8 hrs ago S&P 500 Books First Quarterly Earnings Loss In History. http://is.gd/nxlJ 21 hrs ago UK: Hedge Funds Will Be Subject to Same Supervisory Rules as Banks. http://tinyurl.com/clxxw9 23 hrs ago 60 […] 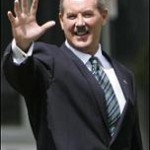 Charles Meadows, who until last week had briefly served as Sir Allen Stanford’s lawyer, will no longer be representing the billionaire in the case filed against him by the SEC.  The FT reports that according to Meadow, Stanford “doesn’t have access to funds” because his assets and those of his numerous companies have been frozen […]