Michigan has been named the lead plaintiff in the securities class action lawsuit against American International Group Inc.  The lawsuit alleges that AIG misrepresented the risks of its investments in credit default swaps. Legal Newsline reports that the State of Michigan Retirement Systems invested in AIG on behalf of more than 600,000 state employees and […]

I was preparing to write a post about 20 of my favorite securities litigation and SEC enforcement-related websites and blogs that you might also find useful. Now, thanks to a great new feature on LinkedIn.com’s groups, I really don’t have to.  To learn why, and to learn how you can drink from the Securities Litigation […]

Guest Column: The Rise and Rise of the NYAG

In this guest column, Douglas S. Kantor and Philip S. Khinda, partners with the law firm of Steptoe & Johnson LLP, discuss how the Office of the New York Attorney General has stepped to the fore and become a player on the national stage. They write that the NYAG’s success has been a product of its ability to move quickly and creatively in enforcing the law and applying its vision of proper corporate conduct. 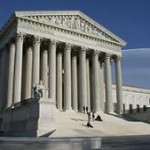 The U.S. Supreme Court heard argument today in the case of former Enron VP Scott Yeager, who was was acquitted of conspiracy, securities fraud and wire fraud charges after a 13-week trial in 2005. The jury deadlocked on charges of insider trading and money laundering. The Houston Chronicle reports that prosecutors have sought a second […]

On March 25, 2009, Cornerstone Research is sponsoring a webcast entitled “The JDSU Verdict One Year Later: Lessons from the Largest Securities Class Action Trial in History” that will feature two of the key players in that historic trial. Jordan Eth, co-lead trial counsel for JDS Uniphase and several individual defendants, and Allan Kleidon, testifying […]

Putting a surprisingly high number on it, CFTC Commissioner Bart Chilton warned of “rampant Ponzimonium” last week and said that US financial regulators are now investigating “hundreds” of individuals and entities over suspected Ponzi schemes. The Guardian reports that regulators were uncovering more of these scams than ever before in the wake of high-profile cases […]