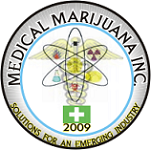 How many times have you asked yourself: How can I invest in the legalized marijuana industry?  If the answer is “one or more,” then say hello to “Medical Marijuana, Inc.”

Medical Marijuana Inc., formerly known as Club Vivanet, announced that it is the first public company to enter the legalized, medical marijuana business, according to 24/7 Wall Street.  The stock reportedly trades over-the-counter under the ticker “CVIV” and is listed as Medical Marijuana, Inc. (OTC: CVIV) on the pink sheets.

Bruce Perlowin, the company’s new Chairman and CEO, has a website on which he describes himself as the “King of Pot.”