On April 28, 2009, KPMG Forensic is sponsoring a webcast entitled “Inside the SEC Enforcement Division: Current and Former SEC and DOJ Prosecutors Discuss Important Changes Ahead” that will feature George Curtis, the Deputy Director of the SEC’s Division of Enforcement. Curtis, Pam Parizek of KPMG Forensic, and David Seide of the law firm Curtis, Mallet-Prevost, Colt & Mosle LLP will lead a discussion on the extraordinary challenges now posed to the financial markets and individual investors, the steps being taken by the SEC’s Division of Enforcement to address them, and the significant impact these changes will have now and in the future.

Following the avalanche of criticism the SEC has received in the wake of the Bernard Madoff case (some fair, some unjustified), new SEC Enforcement Director Robert Khuzami steps into an extremely challenging and high-profile situation. It will immediately require every bit of his legal, management, and public relations skills. He’s going to need to hit the ground running and perform at the highest level from Day 1.

Perhaps the most significant problem the Enforcement Division now faces, however, is a public relations problem.

New York State prosecutors and the SEC are reportedly investigating whether the Carlyle Group made improper payments in exchange for investments from New York’s state pension fund.  The NY Times reports that the inquiry focuses on the “widespread practice” among hedge funds and private equity firms of paying placement agents to gain business managing the […]

The U.S. Court of Appeals for the Tenth Circuit ruled yesterday that Joseph Nacchio, the former CEO of Qwest Communications International Inc., must report to prison today to begin serving a six-year sentence for insider trading.  Bloomberg reports that the Tenth Circuit rejected Nacchio’s request to remain free on bail while seeking a review of […]

In Madrid, the trial of Telefonica SA Chairman Cesar Alierta begins today on criminal charges that he illegaly traded shares of tobacco company Tabacalera SA in 1997 and 1998.  Bloomberg reports that Spanish prosecutors are seeking a jail term of 4 1/2 years for Alierta.  The case was dismissed in 2005 but reinstated after a […] 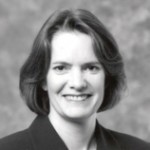 The SEC announced yesterday that former SEC official Meredith B. Cross will return to the agency as its new Director of the Division of Corporation Finance.  Cross returns to the SEC from the Washington D.C. office of law firm WilmerHale, where she is currently a partner in the Corporate Practice Group. Cross previously worked at […]

As Washington continues working to stem the tide of our Wall Street woes, it will soon turn to legislation aimed at the most sophisticated segment of the asset management world: the hedge fund community. Thanks to Bernie Madoff, Marc Dreier and other pretenders, it may now also be the most suspect and misunderstood. What will […]