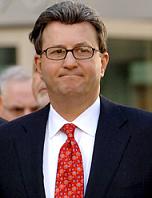 The U.S. Court of Appeals for the Tenth Circuit ruled yesterday that Joseph Nacchio, the former CEO of Qwest Communications International Inc., must report to prison today to begin serving a six-year sentence for insider trading.  Bloomberg reports that the Tenth Circuit rejected Nacchio’s request to remain free on bail while seeking a review of his case by the U.S. Supreme Court.

Nacchio argued that there was a “reasonable chance” the high court will grant a review of his case, but the Tenth Circuit held that Nacchio had not shown that to be the case.  Bloomberg reports that Nacchio has been free on bail since he was arraigned in 2005. He has sought delays from three different courts, including one requested delay so he could get treatment for a “suspicious growth” on his leg. He has been ordered to report by noon today to a prison in Minersville, Pennsylvania.

Nacchio was convicted in 2007 on charges he sold $52 million in Qwest stock in 2001 based on inside information.