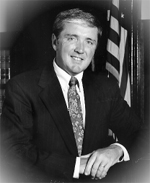 When Michael J. Sullivan, the United States Attorney for the District of Massachusetts, announced in mid-April that he planned to resign his post to pursue a private law practice in Boston, he didn’t identify his new destination.

Read the WSJ article (via @dougcornelius)