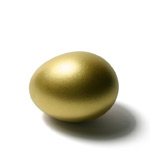 Jamil Bouchareb, a day trader who was one of five men charged criminally in the huge “Golden Goose” insider trading scheme that resulted in about $4.8 million in profits (previously discussed here), pleaded guilty today to charges of securities fraud and conspiracy charges.  Prosecutors and the SEC allege that the ring made millions from former Lehman Bros. salesman Matthew Devlin’s misappropriation of confidential corporate information from his wife, a public relations executive specializing in mergers.

According to a Reuters report, Bouchareb stated in court today that he received tips from Matthew Devlin. Devlin previously pleaded guilty to insider trading charges in December 2008.  “He (Devlin) gave me recommendations, I traded on them,” Bouchareb told the court. “There was a point when I realized some of the information was coming from his spouse.”