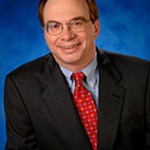 A federal grand jury has indicted Laura Pendergest-Holt, the Stanford Financial Group’s chief investment officer, on two felony counts: one count of conspiracy to obstruct an agency investigation and one count of obstruction. CNBC’s Scott Cohn reports that the indictment alleges that Pendergest-Holt hid details of Stanford Financial’s holdings from investigators, including a $1.6 billion loan […]

Sen. Schumer Continues to Press for SEC Move from DC to NY

Back in January, Sen. Charles Schumer of New York commented that he believed it made sense to physically move the staff of the SEC’s Office of Compliance, Inspections and Examinations (OCIE) from Washington, DC to New York.  Last week, he stated that not just OCIE, not just the Enforcement Division, but the entire SEC should […]

Posted in SEC | Tagged US Congress

Gary G. Lynch has been named Vice Chairman of Morgan Stanley. The firm announced today that Lynch will relocate to London, where he will remain in his current position as Chief Legal Officer and continue to work as part of the Firm’s senior management on issues of policy and strategy. He will also join the […]

In federal court in Manhattan yesterday, attorney Marc Dreier pleaded guilty to charges that he carried out an outrageous fraud scheme that defrauded hedge funds and other investors out of at least $400 million.  The NYT reports that according to prosecutors, Dreier, a graduate of Yale University and Harvard Law School, sold $700 million worth […]

CNBC’s Scott Cohn reports in this video on claims that R. Allen Stanford was working for the U.S. government.