Two attorneys at the SEC are reportedly under “active” criminal investigation by the FBI for insider trading.  CBS News reports that the accusations against the two lawyers, whose names have not yet been released, are detailed in a report by the SEC inspector general that is based on “more than two years of e-mail and […]

The Carlyle Group has agreed to pay $20 million and make broad changes in its practices under a settlement reached with the NY Attorney General, Andrew M. Cuomo, as part of Cuomo’s investigation into corruption of the state pension fund. The NYT reports that under the deal, Carlyle executives and the firm will not face […] 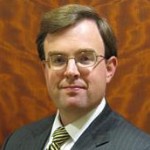 Add yet another lead plaintiff appointment to the Public Employees’ Retirement System of Mississippi’s workload.  Yesterday, Judge Barbara Jones of the U.S. District Court for the Southern District of New York appointed the fund co-lead plaintiff in the Satyam Computer Services Ltd.  The case is at least the eleventh in which Mississippi PERS is now […]