Web Watch: Best Blog Posts and Columns For the Week Ending May 22

Here is the weekly summary for Securities Docket’s Web Watch (”This Week’s Best Blog Posts and Columns”): HARVARD LAW SCHOOL FORUM ON CORP GOV (May 22, 2009): Securities Litigation and the Housing Market Downturn The issue of when the housing market downturn was foreseen by the market is legally central to much of the securities […]

In this video, Fox Business News’ Adam Shapiro updates the latest in his Madoff reporting, including a discussion with the lawyer who discovered Ruth Madoff’s work computer hard drive and Fox’s upcoming documentary. 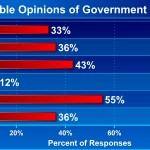 A recently conducted survey confirms that the Securities and Exchange Commission is now viewed unfavorably by a remarkable 55% of respondents. To put this into some context, the percentage of unfavorable opinions of the SEC exceeded even that of the Internal Revenue Service!

Ralph Caccia has joined law firm Akerman Senterfitt as a Shareholder in its Washington, D.C. office.  The firm announced yesterday that Caccia has joined its White Collar Crime and Government Investigations Practice as Co-Chairman.  His practices focuses on the defense of corporations and business executives in criminal, civil and congressional investigations involving allegations of health […]

We’ve been talking about Twitter here for a while now, going back to late 2008. For most of that time, the response from 90% of you has been “Umm… what??” But with Oprah, Ashton Kutcher and Shaq now bringing Twitter into the mainstream, or at least close to it, I think that Twitter may be reaching the “tipping point” — even in the slow-moving world of law. Here are our 15 People All Securities and Corporate Litigators Should Follow on Twitter.

China Cracks Down on Insider Trading; Scrushy Sticks to Testimony He Knew Nothing of Fraud; Shareholders in Japan’s Livedoor win damages; Five Years Later, Investors in Strong Funds Still Waiting for Distribution from SEC; Japan May Fine Accountant for Insider Trading; and more.