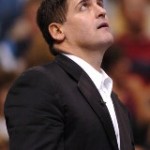 U.S. District Judge Sidney A. Fitzwater heard argument today on Mark Cuban’s motion to dismiss the Securities and Exchange Commission’s insider trading lawsuit against him, but did not issue a ruling.  As previously discussed here, the SEC alleges that on a phone call with the CEO of Mamma.com, Cuban agreed to keep any information he […]

Fox Business News reports that actor Danny DeVito plans to make a movie about the life of “Crazy Eddie” Antar. Victims of Antar’s fraud and others, including his cousin, former Crazy Eddie CFO Sam Antar, are not happy about it.

Nicholas Porritt and William White have joined law firm Akin Gump Strauss Hauer & Feld as partners in its Washington, D.C. office.  The firm announced today that Porritt and White have joined its litigation practice, according to the Blog of the Legal Times. Porritt focuses his practice on advising corporations and individuals in securities class […]

The DOJ has confirmed that is increasing its prosecutions of foreign bribery under the Foreign Corrupt Practices Act (FCPA).  The WSJ reports that the DOJ’s crackdown “now extends across five continents” and includes reviews of companies including Sun Microsystems and Royal Dutch Shell. Mark Mendelsohn, a deputy chief in the DOJ who is overseeing the […]

The Supreme Court granted certiorari today in Merck & Co., et al., v. Reynolds, et al. (08-905), a case involving the issue of “inquiry notice” as it applies to federal securities fraud claims. The specific “Question Presented,” as framed by the petitioners in their Petition for Writ of Certiorari (available here), is as follows: Did […]