On July 21, 2009, Riskmetrics Group’s Securities Class Action Services will sponsor a webcast entitled “Securities Litigation Issues Facing Institutional Investors.” The webcast will feature a dynamic panel of securities litigation experts who will examine the fiduciary duties of institutional investors and discuss significant topics, such as: Monitoring the portfolio: When and why you would […]

Securities Docket’s Bruce Carton is going to be experimenting with a Twitter application called Tweetboard for a day or two.  It will allow you to quickly view Bruce’s posts on Twitter by clicking on the tab that should now appear on your screen on the left hand side (the tab is red when there are […] 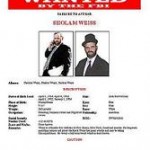 150 years is a staggeringly long sentence for a white collar criminal, but Forbes reports that it puts Madoff only at #4 all-time for white collar sentences. The top 3 are as follows, according to Forbes: 1. Sholam Weiss: 845-year sentence (Release date: Nov. 23, 2754). A Florida federal judge sentenced Weiss in 2000, and […]

Madoff’s Attorney: Not Happy With the 150 Years

MSNBC reports in this video that Madoff’s attorney, Ira Sorkin, is none-too-pleased with the sentence of 150 years in prison. “150 years is absurd,” Sorkin states.

The UK’s Serious Fraud Office disclosed today that it has frozen $100 million worth of assets linked to Allen Stanford.  The restraining order freezing the assets was requested by the US Department of Justice on more than $100 million “believed to be held at certain London financial institutions,” the Times Online reports. The SFO said […]

Although a magistrate judge granted Allen Stanford’s bail request last week, U.S. prosecutors view him as a serious flight risk and will ask a federal judge today to revoke the $500,000 bail. CNBC reports that last week, U.S. Magistrate Judge Frances Stacy said that Stanford may go free on bail provided he comes up with […]

Bernard Madoff’s wife, Ruth Madoff, broke her silence today on her husband’s massive Ponzi scheme.  Her statement follows below: I am breaking my silence now, because my reluctance to speak has been interpreted as indifference or lack of sympathy for the victims of my husband Bernie’s crime, whichis exactly the opposite of the truth. From […]