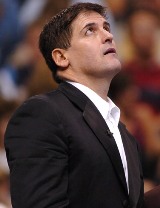 In the SEC Inspector General’s Semiannual Report to Congress released yesterday, the OIG states that it has

opened an investigation into a complaint received from counsel for a defendant in an SEC Enforcement action, alleging numerous instances of misconduct by several Enforcement staff members during the course of the investigation that resulted in the filing of the action. These allegations included various apparent violations of the Commission’s conduct rules and the SEC’s polices for conducting Enforcement investigations. At the time it received counsel’s complaint, the OIG had a related pending inquiry involving the sending of inappropriate e-mails by an Enforcement attorney. The OIG plans to review the matters covered in the inquiry and conduct an investigation of the allegations of staff misconduct contained in counsel’s letter.

Although the report does not explicitly connect this inquiry to the Mark Cuban insider trading case, the WSJ reports that “a person familiar with the matter confirmed the case involves Mr. Cuban.”

investigating emails Jeffrey Norris, an SEC enforcement attorney in Fort Worth, Texas, exchanged with Mr. Cuban. The emails were about Mr. Cuban’s involvement in a potential movie that suggested the government was involved in the 9/11 terrorist attacks. The SEC disciplined Mr. Norris, who it said wasn’t involved in the investigation of Mr. Cuban.