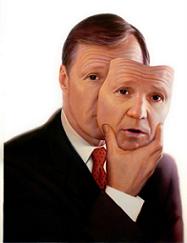 In the current climate where former SEC Chairman Chris Cox appears to be universally criticized and blamed for all of the past and present ills at the SEC (and beyond), we thought it might be an interesting time to recirculate some of these articles from 2007.  In early to mid-2007, Cox was being widely praised by the press, as well as both Democrats and Republicans, for being a consensus builder; an advocate of shareholder reform; thoughtful and cautious; and an effective law-enforcement officer.

Over his first year and a half in office, however, Chris Cox has not been the chairman that Claybrook and the media feared. He has not gone soft on Wall Street bandits, kowtowed to swaggering CEOs, or pursued a scorched-earth campaign against regulations, not even the more extreme parts of the Sarbanes-Oxley rules that many corporate leaders detest. Instead, Cox has taken a methodical, consensus-driven approach to the SEC’s work, seeking to forge unanimous 5–0 voting blocs within the commission. Last summer, 12 months into the Cox regime, AFL-CIO associate counsel Damon Silvers told Dow Jones News Service: “While he hasn’t done everything I would do, he’s done pretty well.” David Yermack, a finance professor at New York University’s Stern School of Business, says, “I really had low expectations for Cox,” but he’s been “a pleasant surprise.… He’s really embraced the shareholder reform agenda.” Now, Yermack thinks that Cox—whom he once deemed “a Republican tool of business”—should be considered for Treasury secretary.

“This is a guy who looks at problems from many different angles and proceeds cautiously after considering the consequences of each step,” said former SEC general counsel David Becker, now in private practice. “You can’t just look at one or two considerations and from that predict how Cox is going to act.”

House Financial Services Committee Chairman Barney Frank, who has scheduled a hearing this month to examine the agency and will hear from all five SEC commissioners, praises Cox, a former congressman.

“Chris Cox understands the difference between being a legislator on the one hand and being a law-enforcement officer on the other,” said Frank, a Democratic representative from Massachusetts who has been quick to criticize regulators he considers lax. “He appreciates the role he is playing as a law-enforcement officer in interpreting the law instead of a legislator who can change the law.”