Let’s try to quickly catch up on the tennis match that has been going on since yesterday between House Financial Services Capital Markets Subcommittee Chairman Paul Kanjorski and SEC Inspector General H. David Kotz. In short, Kanjorski announced yesterday that he sent a letter to Kotz calling for an update by June 30 on his […]

On July 21, 2009, Riskmetrics Group’s Securities Class Action Services will sponsor a webcast entitled “Securities Litigation Issues Facing Institutional Investors.”  The webcast will feature a dynamic panel of securities litigation experts and academics who will examine the fiduciary duties of institutional investors and discuss significant topics, such as: Monitoring the portfolio: When and why […]

Vijay Sticking with the Stanford Financial Hat, Thank You Very Much

A startup called SharesPost is trying to create a new, members-only marketplace for pre-IPO securities.  The Mercury News reports that the first transaction on SharesPost occurred Monday: the sale of 2,500 shares of Tesla Motors at $10 per share.  Deals and valuations involving such startups as Facebook, Twitter, LinkedIn, Linden Labs, Ning, Slide, SolarCity, SugarCRM, […] 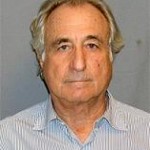 Prosecutors in the Bernard Madoff case filed 113 letters from Madoff’s victims yesterday with the federal court overseeing his sentencing.  The court will consider these “victim impact statements” before sentencing Madoff on June 29, the Times Online reports. The victim impact statements are all available in 3 parts (Part 1, Part 2, and Part 3) […]

Securities Docket Webcasts: Participate as a Panelist or Sponsor