150 years is a staggeringly long sentence for a white collar criminal, but Forbes reports that it puts Madoff only at #4 all-time for white collar sentences. The top 3 are as follows, according to Forbes: 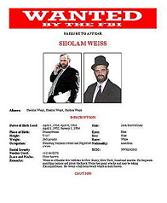 A Florida federal judge sentenced Weiss in 2000, and also imposed nearly $300 million of fines and restitution. He was convicted on 78 counts of racketeering, wire fraud and money laundering in the $450 million collapse of National Heritage Life Insurance. He is currently held at a federal facility outside Scranton, Pa.

Pound was Weiss’ co-defendant, and was sentenced by the same judge after being convicted on 76 counts. Pound died in prison at age 51.

Schmidt, age 74, was sentenced in 2008 and is currently at a high-security federal prison in Beaumont, Texas. He ran a “high yield” investment scheme under various names like Reserve Foundation Trust, Smitty’s Investments, Capital Holdings, Monarch Capital Holdings and Fast Track. Forbes reports that “the money actually went to the purchase of the historic Redstone Castle along with eight NASCAR race cars, a race truck and other race items.”