Marc Dreier’s $10 Million Apartment to be Auctioned Off Today 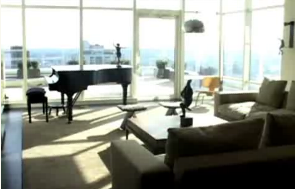 Marc Dreier’s Manhattan apartment $10.4 million Midtown Manhattan condominium, where he recently served his “(Pent)House Arrest,” is scheduled to be auctioned at 1 pm today, along with its contents. As previously discussed here, on July 13, U.S. District Judge Jed Rakoff sentenced Marc Dreier to 20 years in prison.  Dreier pleaded guilty in May to charges including securities fraud, conspiracy, wire fraud and money laundering.

has a 738 square-foot terrace with easterly views of the Queensboro Bridge and planters with a $150,000 irrigation system, said Richard Maltz, vice president of real estate auctions for Maltz & Co.

The successful bidder will get everything the judge ordered left behind — including flat-panel televisions and a bottle of Laurent-Perrier Cuvee Rose Brut — plus some things Dreier abandoned. [Auctioneeer Arthur] Samos said those items include a photograph of Dreier with singer Diana Ross and a poster for the movie “After Innocence,” a documentary about convicted criminals exonerated by DNA evidence.

Samos said he might clear food from the refrigerator. Richard Maltz said that’s not guaranteed.