F. Joseph Warin is a partner in the Washington, DC office of Gibson, Dunn & Crutcher LLP. Michael S. Diamant and Matthew P. Hampton are associates in that office. 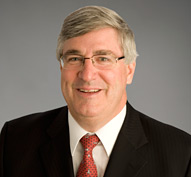 On July 10, 2009, a jury in the Southern District of New York convicted handbag magnate Frederic Bourke of conspiring to violate the Foreign Corrupt Practices Act (“FCPA”) and making false statements to federal investigators.  Bourke’s troubles arose from his $8 million investment in a failed business venture related to the privatization of Azerbaijan’s state-controlled petroleum industry.  The government alleged that one of Bourke’s co-conspirators, a fugitive named Viktor Kozeny, masterminded a scheme to bribe Azeri government officials in an effort to secure control over Azerbaijan’s state-owned petroleum enterprise, SOCAR.

Understanding the significance of this conviction and the danger it illustrates for the unwary, starts with a simple observation:  Bourke’s case was not a typical FCPA prosecution.  Bourke was never accused of bribing or directing others to bribe government officials.  Rather, the government charged Bourke with conspiring to violate the FCPA because he invested in an entity that he knew, or at least had every reason to know, was engaged in a scheme to bribe Azeri officials.  In his closing, the prosecutor stated, Bourke “had enough understanding to know that something . . . was occurring” yet “ke[pt] his head in the sand.”

Under the government’s theory and in the court’s jury instructions, proof of Bourke’s subjective knowledge of this unlawful conduct was not required.  In giving what is commonly referred to as an “ostrich” instruction, the court explained:

When knowledge of the existence of a particular fact is an element ofthe offense, such knowledge may be established if a person is aware of a high probability of its existence and consciously and intentionally avoided confirming that fact. Knowledge may be proven in this manner if, but only if, the person suspects the fact, realized its high probability, but refrained from obtaining the final confirmation because he wanted to be able to deny knowledge.

The government’s case was enhanced because the court allowed the prosecution to present evidence that it was generally known that Azerbaijan had a serious corruption problem and that corruption often plagued post-Communist privatization efforts in Azerbaijan and other former Soviet states.

The government’s use of evidence of general knowledge of a particular fact in order to bolster a claim of “conscious avoidance” has the potential to expand greatly a corporate executive’s exposure to FCPA liability.  The introduction of the sort of evidence offered by the government in Bourke’s case increases the likelihood that a jury will conclude that a defendant could not possibly have been ignorant of the risk that a business associate might engage in corrupt activities.

In particular where corporations are concerned, this combination may create significant exposure to liability given the rules of imputation that apply to these entities and the disaggregated nature of corporate knowledge.  Consider this circumstance:  A corporation hires a customs agent in a country known to be plagued by rampant corruption.  Although the individual responsible for the customs agent relationship, Employee A, may be ignorant of the country’s corrupt reputation, it is conceivable that another, Employee B, is aware of the corruption problems but does not know the corporation is employing a customs agent.  Should the customs agent attempt to bribe government officials in an effort to advance the interests of the corporation, the imputation of Employee A’s conduct in establishing the relationship with the customs agent and of Employee B’s knowledge of corruption may expose the corporation to criminal liability.  This may be the case despite the fact that Employee A neither directed the agent to take such action nor contemplated the possibility that the agent might do so.

The Bourke case highlights that businesspeople operating internationally must exercise substantial care to avoid criminal liability under the FCPA.  The prosecutor in Bourke echoed this point during the closing:  “Why didn’t he ask them [about the transaction]? . . . Because . . . he didn’t want to learn anything more, and he stuck his head in the sand.  That’s the defense version of the events, and that is not legally sufficient.”  The risks for businesspeople are real:  The Department of Justice currently has 120 active criminal FCPA investigations and has prosecuted more than 52 FCPA cases in the last three years.  Corporate executives must develop a clear understanding about the general level of governmental corruption in the areas where they transact business.  And to the extent there are known concerns about government corruption in a given area, they must take steps to ensure that the third parties with whom they do business do not engage in conduct that could expose them to FCPA liability and implement measures to detect possibly improper conduct.  The interplay of the conscious avoidance doctrine and the possibility that evidence of general knowledge of corruption might be used against a defendant demands close scrutiny of any international business venture.