In the UK, the Financial Services Authority stated that it has more than quadrupled the size of the investigation team looking at Ponzi schemes.  The team has gone from fewer than ten people to more than 40 lawyers, forensic accountants and prosecutors after a large increase in the number of cases. According to the Times […]

Matthew W. Friedrich has joined law firm Boies, Schiller & Flexner LLP as a partner in its Washington, DC office. The firm announced on Wednesday that Friedrich will focus on internal investigations, white collar matters, and litigation. Friedrich joins BS&F following thirteen years at the Department of Justice, where he most recently served as the […] 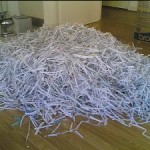