DiPascali Agrees to “Tell All and Name Names” in Madoff Matter 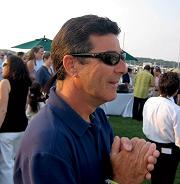 Frank DiPascali, said to be Bernard Madoff’s right hand man in his Ponzi scheme, will “tell all and name names” pursuant to a plea agreement announced today in federal court.  ABC News reports that DiPascali pleaded guilty to nine counts, and was then released after posting a $2.5 million dollar bond.  His sentencing is scheduled for May 2010.

is expected to provide prosecutors with a road map of those in the Madoff inner circle who were involved in the scheme that swindled investors out of an estimated $64.8 billion.