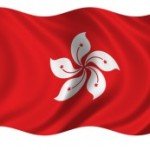 The SFC alleges that Tiger Asia, its founder, and two other staff sold short 93 million CCB shares on Jan. 6 before the market opened, after having learned of a planned sell-off of shares in the Chinese bank by Bank of America Corp. Tiger Asia then allegedly covered its short sales after BofA cut its stake in the Chinese bank.