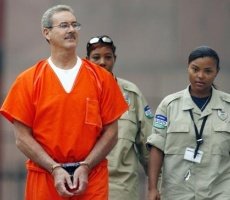 On Monday, the Fifth Circuit Court of Appeals ruled that Allen Stanford will remain in jail until his trial.  The appellate court found that Senior U.S. District Judge David Hittner did not abuse his discretion when he refused to let Stanford go free on bail.  As previously discussed here, on June 30, 2009, Judge Hittner revoked bond for Stanford after prosecutors argued that Stanford was a serious flight risk.  Hittner agreed, citing Stanford’s dual citizenship in the U.S. and the Caribbean island nation of Antigua and Barbuda.

According to the Houston Chronicle, the Fifth Circuit observed that “Stanford has the means, the motive, and the money to flee.”