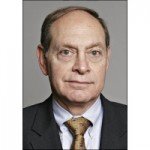 Irving Picard, the bankruptcy trustee handling the liquidation of Bernard Madoff’s investment advisory firm, has asked the court to determine the proper formula for compensating victims of the fraud.

Reuters reports that in a filing yesterday, Picard stated that he wanted to determine customers’ “net equity” using a “cash in/cash out” approach, where net equity equals the amounts of cash that customers deposit, minus amounts withdrawn.

That will result in a lower payout to many Madoff victims, who believe the formula should be based on amounts reflected on their Nov. 30, 2008, account statements. Reuters notes that “such amounts may be illusory if the statements were based on transactions that Madoff’s firm claimed to make but never did.” Picard said other investors wanted net equity to reflect the “time value of money.”