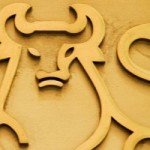 On August 20, U.S. District Judge R. Barclay Surrick (E.D.Pa.) dismissed securities litigation filed against Merrill Lynch and six of its subsidiaries citing the “profound” downturn in the mortgage market as the more likely cause of the plaintiffs’ losses.  The Legal Intelligencer reports that Judge Surrick ruled that plaintiffs “allege no facts to support their assertion that defendants’ misrepresentations in 2005 — rather than the market dislocation that occurred in 2007 — caused an economic loss.”