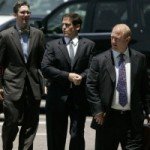 Arguing that the SEC’s case against him was “wholly unsupported” and should never have been brought, Mark Cuban filed a motion on Friday seeking the payment of attorneys’ fees incurred in his defense of the case.  As previously discussed here, on July 17, U.S. District Judge Sidney Fitzwater dismissed the SEC’s complaint against Cuban with prejudice.  The SEC has 60 days to appeal the court’s ruling.

The AmLaw Litigation Daily reports that in his motion for fees, Cuban further argues that the SEC misused the Wells process and improperly pressured witnesses.  SEC spokesman John Nester noted that the SEC is still considering an appeal.