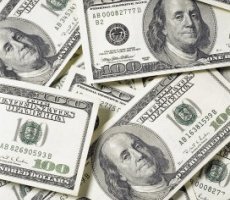 Lawyers for investors who reached a $586 million settlement in the IPO Securities Litigation have requested $195 million in attorneys’ fees and another $50 million in expenses.  Bloomberg reports that the request, which amounts to about 42 percent of the settlement, was made in a court filing today. U.S. District Judge Shira Scheindlin of the SDNY will hold a hearing on Sept. 10 to consider final approval of the settlement and the request for legal fees.

The lawyers requesting the fees reportedly spent 677,000 hours working on the case, which they state is worth $278 million.  Since the case settled for $586 million, the lawyers are seeking one-third of that amount, plus expenses.

Edward Siegel, who represents some of the investors in the class action, argues in a brief filed today that the court “should not grant such a huge amount of money to class counsel. Counsels’ request is almost three times as much as the average” payment to lawyers in group lawsuits settling for more than $100 million, he said.