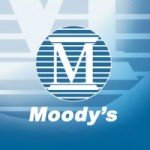 Last week, U.S. District Judge Shira Scheindlin ruled that the ratings issued by firms such as Moody’s Corp. and McGraw-Hill Cos. of certain securities are not entitled to the same free-speech protection as ratings of corporate bonds that were widely disseminated.

The lawsuit at issue was filed by institutional investors against Moody’s and S&P in 2008.  The plaintiffs claimed that the two ratings services issued misleading “investment grade” ratings to a $5.86 billion structured investment vehicle that collapsed in 2007.  The WSJ reports that the firms moved to dismiss the suit on free-speech grounds, but Judge Scheindlin ruled that

ratings are typically protected from liability and subject to an actual malice exception because their ratings are considered matters of public concern. “However, where a rating agency has disseminated their ratings to a select group of investors rather than to the public at large, the rating agency is not afforded the same protection,” the judge said.

The ruling is expected to spur more lawsuits, and appears to have caused shares in McGraw-Hill, which owns Standard & Poor’s, to fall 10%, and Moody’s Corp., parent of Moody’s Investors Service, to fall 7.1% in trading that day.