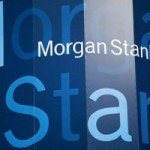 In Hong Kong today, convicted banker Du Jun argued that Morgan Stanley’s flawed compliance system was partly to blame for his insider trading.  AFP reports that Alexander King, barrister for Du, “said his client would not have traded in the shares of the Hong Kong-listed CITIC Resources on nine occasions in 2007, had he been stopped by his own compliance officers from the start.”

Du, a former managing director of fixed income at Morgan Stanley Asia, was convicted this week of 10 counts of insider dealing.

King argued that Du’s trading was, to some extent, the result of the failure of the Morgan Stanley system to stop him from trading.  Du’s trading activities were actually approved by Morgan Stanley’s compliance department, which did not realize that he had access to key information.