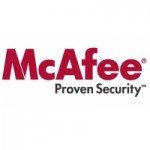 Kent Roberts, the former general counsel of McAfee, filed a lawsuit against the company on Wednesday for defamation, invasion of privacy and malicious prosecution. The American Lawyer reports that Roberts, who was acquitted of fraud charges last year, claims that McAfee made him the scapegoat in the company’s stock option backdating scandal, and that the company’s lawyers at Wilson Sonsini Goodrich & Rosati and Howrey helped to frame him.

In his lawsuit, Roberts alleges that McAfee officials gave misleading information about Roberts to the DOJ and the SEC. He alleges the existence of something called

“Project Shield,” which was “a campaign of diversion, misrepresentation, and falsehood aimed at shifting the attention of federal authorities away from [then-CEO George] Samenuk’s and McAfee’s misdeeds.”