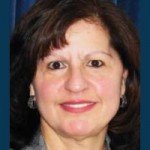 President Obama has nominated Carmen M. Ortiz as the next Massachusetts US attorney.  The Boston Globe reports that Ortiz would become the first woman and the first Hispanic US attorney in the state.  Her nomination will now be sent to the Senate for confirmation.