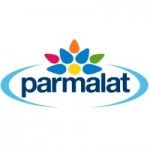 On Friday, U.S. District Judge Lewis Kaplan of the SDNY dismissed three lawsuits filed by Parmalat SpA against Bank of America Corp. and auditing firm Grant Thornton LLP over their roles in the Italian dairy company’s 2003 collapse.  Parmalat alleged that these defendants and many others helped prior management loot the company by setting up fake transactions.  Reuters reports that Parmalat said in a statement that it believes the decision was erroneous, and that it intends to appeal.

“Plaintiffs simply cannot get around the fact that Parmalat, by means of the transactions complained of, raised and spent millions of euros for corporate purposes,” Kaplan wrote. “The actions of its agents in so doing were in furtherance of the company’s interests even if some of the agents intended at the time they assisted in raising the money to steal some of it.”