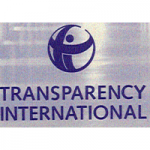 In its Global Corruption Report 2009, Transparency International reports that two in every every five business executives in a global survey say they have been asked to pay bribes when dealing with public officials, and that ”the scale and scope of bribery in business is staggering.” Business Day reports that according to TI, the study shows that corruption may on average raise project costs by 10 per cent or more.

The report further states that

”In developing and transition countries alone, corrupt politicians and officials receive bribes believed to total between $US20 billion [$A22.9 billion] and $US40 billion annually – the equivalent of some 20 to 40 per cent of development assistance.”