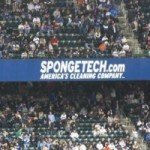 SpongeTech disclosed in a Form 8-K filed late on Friday that it is being investigated by the SEC for possible securities law violations.  In the filing, SpongeTech stated that

As previously discussed here, on September 22, the NY Post reported that Joel Pensley, a former attorney for SpongeTech, claims that the company forged dozens of legal documents tied to its issuance of stock.  In a letter to SEC Enforcement Director Robert Khuzami, Pensley reportedly says that he was “dumbfounded” to learn that his name was being used in “as many as one hundred opinion letters for various shareholders.”